The following changes will be in place after the August 31st (Tue) update.

- To celebrate SMASH LEGEND's half-year anniversary, the title illustration has been changed.

: August 31st post-update - before the maintenance on September 28th (UTC+0)

(The above date and details are subject to change.) 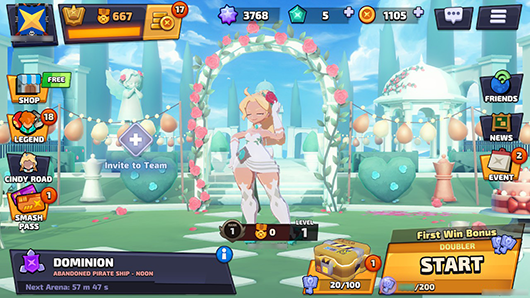 🏹 Addition of a New Legend 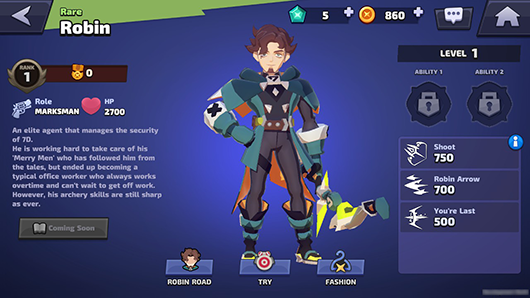 🏹 Introduction of Robin: Robin is a marksman who is able to toy with his foes by utilizing his quick movement speed and nimble actions.

Robin was a righteous outlaw, but had to get a job as a 7D Security Agent due to financial difficulties.

Hold the button to charge the skill, and if the skill is charged for 0.5 s or more, shoots 6 arrows to deal damage.

Quickly jumps back a bit and shoots 3 arrows, dealing damage when used as Aerial Skill.

: Jumps back quickly and shoots an arrow forward, dealing damage to the hit foe.

🏹 Robin Abilities (Based on Level 1)

: Increases Movement Speed and Attack by 4% when HP is 30% or lower.

: Increases Basic Attack and Skill damage by 4% when Ultimate is available.

: Decreases Movement Speed of foes hit by Ultimate by 10% for 3 s.

: Increases Movement Speed by 6% for 5 s after using Ultimate.

: Increases damage of all attacks by 6% with every attack on a foe.

Stacks up to 30%. Each stack lasts for 6 s, and the duration resets with each successful hit.

🏹 How to Obtain Robin

- Once you purchase the SMASH Pass Season 6, you can obtain the Legend, Robin, as the paid 15th reward.

- Once the SMASH Pass Season 6 ends, Robin can be obtained from Bronze Box or higher grade.

- Once the SMASH Pass Season 6 ends, Robin can be obtained from Special Box or Super Special Box in the Shop.

- 1/2 Year Celebration Dice Event  will begin after the update.

: Roll the dice to move and get rewards! There is am additional completion reward every time you complete a round!

: Please refer to the event notice for more information. 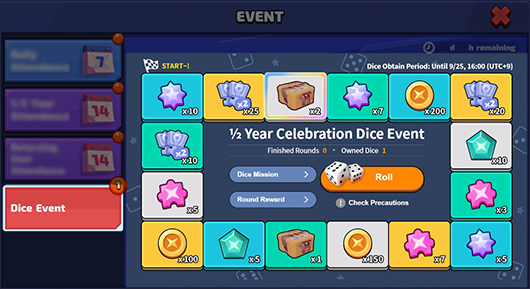 - After the update kicks in, a new event, 1/2 Year Attendance Event, will begin.

[Event period: starting after the update on August 31st, before maintenance on September 14th (UTC+0) 2021]

: Click the EVENT button in game, and get ready to participate in the Attendance Event for 14 days!

: Please refer to the event notice for more details. 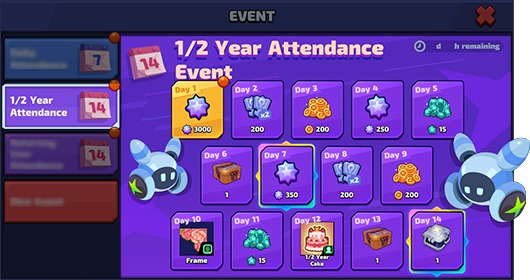 - After the update, 1/2 Year Legend Selection Event  will begin.

: In the Shop, you get to see the Legends for the 1/2 Year Legend Selection Event

: If you already own any of the Legends, they will not be displayed.

: If you own all of the Legends, this event will not be displayed.

: When you enter the SMASH Pass screen for the first time, the new season notification page will be displayed.

: Upon clicking the SMASH Toon button in the SMASH Pass window, it will lead you to this sea-son's Pass Toon page.

: New Legend, Robin, can be unlocked when you purchase the SMASH Pass and reach the 15th stage in the paid pass track.

- Once you purchase this season's SMASH Pass, you will get the following benefits.

: Robin is available when you reach the 15th stage.

: During the SMASH Pass Season 6, the quest limit is increased from 6 to 9. 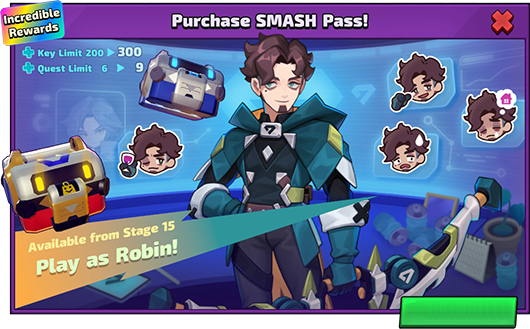 - At the Dream Shop, Legend Snow is added.

: If you already own the Legend, the item will not be displayed.

- At the Dream Shop, a Dream Skin Box has been added.

- After the update, new packages will appear at the shop depending on the period.

- To celebrate our half year anniversary, free gifts await you at the shop.

- A daily gift will be available for 24 hours only. Don’t forget to claim the item before it disappears.

- Please be informed that you cannot reclaim expired rewards that you did not receive.

- The date and details are subject to change due to internal circumstances.

- To celebrate our half year anniversary, special skin packages have been added.

- Legend Skin Packages will appear if you own the respective Legend.

- The date and details are subject to change due to internal circumstances.

- Based on the number of medals for each Legend, the reset amount and rewards will vary.

(For those who have already obtained the profile icon from the previous season reset, you will not receive a new one.) 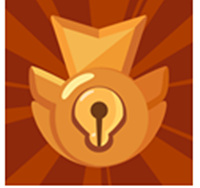 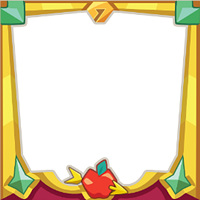 : If there are more than 100 mails in your mailbox, you may not be able to receive rewards. Please make sure to delete your mails or empty your mailbox in advance.

: After medal reset, Legend Roads and Medal Roads will display your current number of reset med-als.

: The highest medal record you reached previously will be displayed in Legend Roads and Medal Roads.

Cindy is a Legend who is able to maximize her mobility in the Arena with her fast and agile movements.

She can run away from foes easily, and she excels in leading and ending the battle.

However, due to her mobility being considered too fast, her movement speed has been nerfed a little.

This does not change the fact that Cindy is still the fastest Legend in the game.

: It is considerably challenging to fight against Ravi's Ultimate. Not only the short trigger time for the Ultimate,

but also the wide range and high damage could be extra challenging for foes.

Therefore, we have reduced the Ultimate's target height which would allow foes to respond to the Ultimate.

: Delay duration after initiating the first attack is increased.

Thus, there was a limit in utilizing Master Cat.

By increasing the movement speed, we hope Master Cat can be utilized with more flexibility.

The delay duration has been adjusted so that the ground attack can be used more quickly.

: Delay duration after initiating the first attack is slightly decreased.

- Attack/Ability effects being triggered upon SMASHing are improved.

: Current: after the foe's HP becomes 0, the effect gets triggered when an opponent reaches the outer part of the map.

: After change: when the foe's HP becomes 0, the effect will be triggered immediately.

: It is improved so that team with three players would not be matched with a solo player/a team with two players.

- In the Lobby, selected [Legends Road] and [News] buttons have been added. 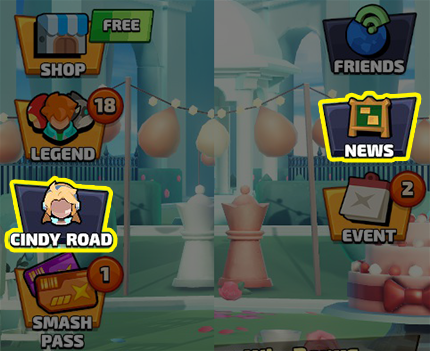 - Upon tapping the currency icon at the upper part of the Lobby, it will show you where to use and how to get the currency. 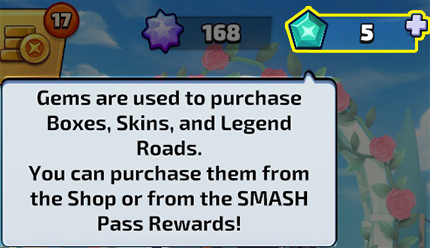 - New notification added: When you can proceed event or event rewards are available, you will be ed accordingly.

- A new Did you know? tip display has been added when loading matches.

- The most recently mail in the mailbox will be displayed at the top.

- Removed the “x” sign next to the number of boxes included in the package at the Shop for con-sistency.

- Accounts with play history may skip the tutorial when logging in on a new device.

: If you have more than one medal in your existing account, the skip button will be displayed in the upper right corner.

- We have adjusted the price in some countries according to the exchange rate so that the price on mobile and PC are the same.

- Fixed an issue where Legends passed through the walls in Team Deathmatch Tiny mode.

- Fixed an issue where an error code popped up when Legends get SMASHed while re-entering Battle Royale match.

- Fixed an issue where the upper part of the Witch Queen's image in Legend details page was cut off on 4:3 ratio screen.

- Fixed an issue where the red dot blocked the name of the newly acquired Legend.

- Fixed an issue where the summary text of packages in the Shop was too small in certain languages.

- Fixed an issue where the UI was not centered upon selecting Battle Royale mode in Custom Match.

- Fixed issues where adding friends and/or being matched with friends did not work in certain situa-tions.

- Fixed an issue where some of the outer border of Ravi’s emojis was displayed as yellow.

- Fixed an issue where the following profile icons from SMASH Pass: Season 5 Season 4 appear to be switched: Nui’s Symbol and Will-o’-Wisp.

: As Season 4 is correct in the above sentence, it has been corrected accordingly.